Special thanks to CANON

eN arts is honored to present “Serendipity”, the fifth exhibition in the “showcase” series curated by Minoru Shimizu. From its inception in 2012, these exhibitions, as the name implies, literally showcase talented young photographers.
The theme of showcase #5 is “Encountering Chance – Serendipity”. What will you see in each snapshot? – We are sure that you will enjoy this showcase.

The theme of the fifth edition of showcase is “snapshots” now after all this time. What do we, as the viewer rather than the photographer, see in these snapshots?

Snapshots start from taking photos of casual scenes of daily life, without the photographer having any special skill in the art of photography. These snapshots are photographs based only on the objects in the camera’s frame, rather than photographic technics.

But, do we see the photographer when we look at the snapshots? NO! The photographer remains behind the camera, of course, and cannot be in his photos. All we see is the scene in the photo, and WE are simply in front of those scenes.

Snapshots were once a way to explore the reality of the daily life and to express, and preserve, that reality. For “showcase#5″, I have chosen three artists who photograph scenes from their everyday lives. However, they do not search for specific realities but rather pick up “episodes” that they happen upon, creating their own photography from those episodes. So, to me, it seems like these three artists are creating delicate experiences by photographing those episodes while not identifying themselves to the world.

The word “Snapshot” has a history of over a century since A. Stieglitz first used the word “snapshot” for his work (A Snapshot, Paris 1911). Snapshots 2016 is part if a continuous experiment to bond society and the photographers themselves.

Let me introduce the artists:

Mugyuda has been posting a photo taken under set criteria on his blog “pile of photography” every day.

In recent years, Mugyuda continues to present his an ongoing series of exhibition titled “Artificial S”.

Mugyuda received an honorable mention award (elected by Minoru Shimizu) in Canon’s New Cosmos of Photography 2014. For Mugyuda, photography is nothing but a daily act to bond the world and himself in an asymmetrical relation. These days he attempts to bond using photography are truly refreshing and sparkling. 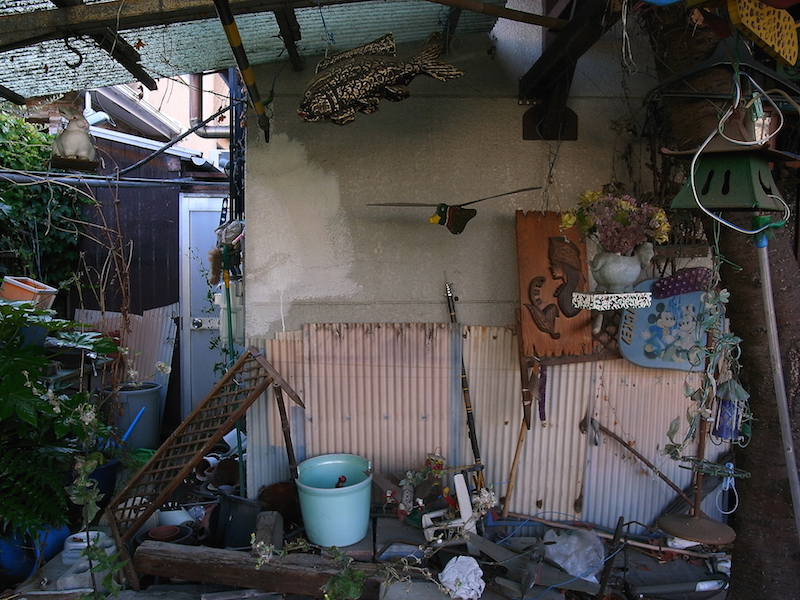 Kawatou mainly works in Osaka, has published a photo tabloid “NOIZ” ,and launched independent label — “CITYRAT press”. He centers his photography on “FREE” space and objects, such as useless vacant lots in a city or garbage pouring out of an unidentified abandoned house. I chose Kawatou to participate in showcase#5 after seeing his works in “Chocomint Pink Salon” at Gallery Main.

Sako has been actively exhibiting his works in galleries in Kansai Area since 2013. He won the Grand Prize in Canon’s New Cosmos of Photography 2015.

Sako also works with Shunsuke Kano and Ryo Ueta in a team named “THE COPY TRAVELERS”.

Sako tries to free snapshots from the concept of “dots” (points of time and space; points of view and moment) by missing absolute moments on purpose. In his snapshots, he refers to the nature of the photographic communication although it seems like he fails to encounter the world in them at all.